Barney Law PLLC provides aggressive representation for clients in the areas of wrongful death, serious personal injury and employment-related matters. Attorney Mark Barney strives to know his clients as individuals, not by case name or number. Barney Law PLLC fights for the rights of clients each and every day, until the job is complete. Achieving the best results for clients and holding others responsible for their wrongful conduct are at the forefront of any representation.

Mark Barney has a solid record of representing people against coal companies, construction companies, insurance companies, the state of West Virginia and other entities that have wrongfully caused injuries.

Whether you are looking for an experienced attorney to take on a large corporation or just want information, you are invited to contact us at any time. There is absolutely no charge or obligation for the consultation. 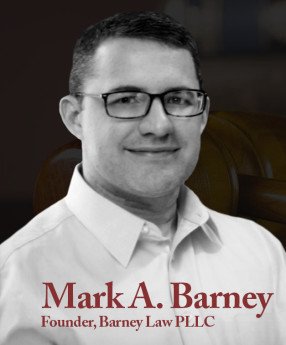 An advocate for the underdog, Mark Barney is the founder of Barney Law PLLC. His basic approach to handling a client’s case is simple: work hard; do what’s right; and never back down. As a native West Virginian, Mark understands hard work. Whether in the office or in the field, he tackles every issue that arises with vigor.

After law school, Mark chose to serve the citizens of West Virginia.  He worked as a judicial law clerk for the Honorable O.C. Spaulding in the Twenty-Ninth Judicial Circuit of West Virginia.  Thereafter, he accepted a position as an Administrative Law Judge for the West Virginia Public Employees Grievance Board where he issued over fifty (50) written decisions addressing issues of West Virginia public employee law.

Prior to founding Barney Law PLLC, Mark worked for a mid-size personal injury law firm representing injured workers, and their families, who were the victims of unsafe conditions in the workplace.  He is recognized by his peers as an “AV Rated- Preeminent Lawyer” and is honored to be selected by The National Trial Lawyers to the list of Top 100 personal injury attorneys.

Mark lives in Putnam County with his wife, daughter and dog named Twila.  When not with his family or in the office, Mark can be found hunting or fishing.